Rewire
Twanda Marshinda Brown, a resident of Lexington County, South Carolina, was arrested at home in front of her children and then incarcerated for nearly two months because she owed almost $2,000 to the court that she couldn’t afford to pay. 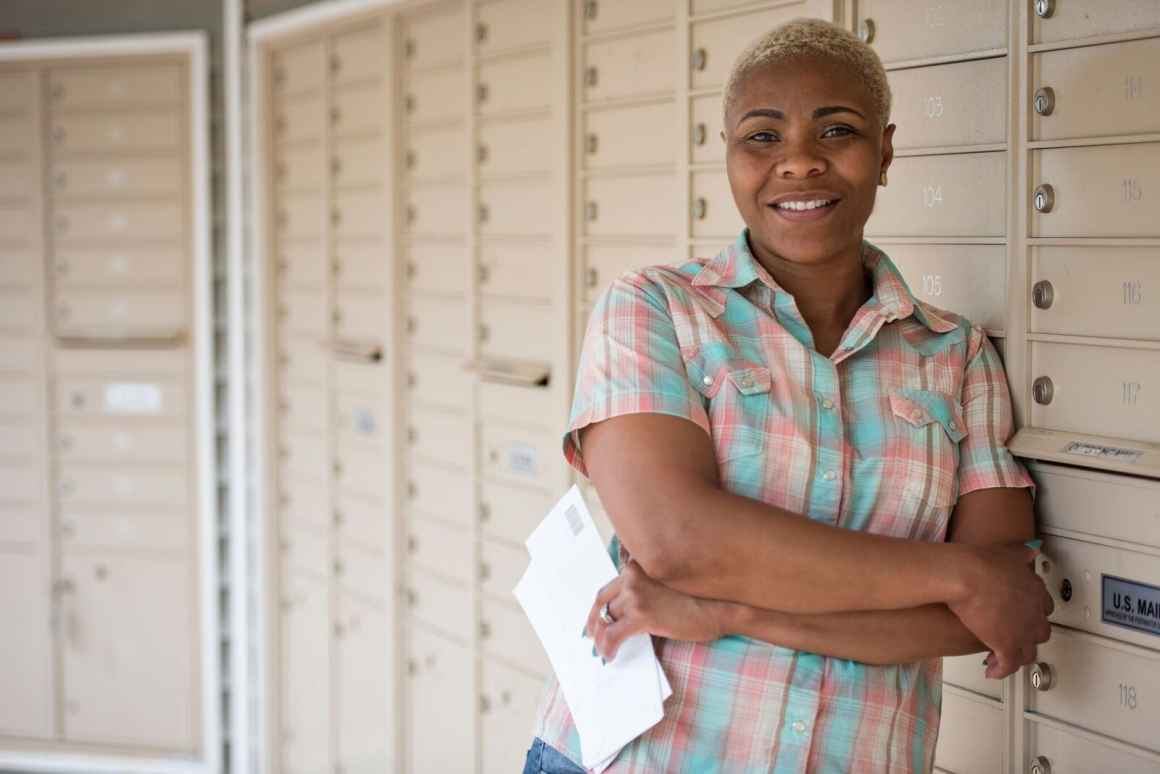 A single mother of seven children, five of whom live with her, Brown had struggled to earn enough money to provide for herself and her family. She was working at Burger King and living in Section 8 housing, earning less than $7,200 per year, according to a class action lawsuit filed Thursday by attorneys from the American Civil Liberties Union (ACLU). The ACLU provided a draft copy of the lawsuit to Rewire.
One day, Brown was ticketed by an officer at the Lexington County Sheriff’s department for driving on a suspended license and with no tag light, and was instructed to appear in court. At her initial court hearing, the complaint notes, Judge Rebecca Adams, one of the defendants named in the lawsuit, did not inform her that she had the right to a court-appointed attorney, or that she could claim financial hardship and seek a waiver of the $40 public defender application fee.
Without being informed of her rights, Brown pleaded guilty to the charges and was sentenced to a total of $2,407.63 in fines. Unsympathetic to the fact that Brown had seven children to provide for, Judge Adams ordered Brown to pay down her debt in $100 monthly installments on the 12th of each month. Brown told the judge that she was able to pay only $50 a month, but Judge Adams said that wasn’t enough. “I don’t care what happens,” Adams said, according to the complaint. “Your payment is going to be on the 12th. I want my money on the 12th.”
After making five payments, she could no longer make any payments because the checks from her employer, Burger King, kept bouncing, Brown told Rewire in a phone interview.
“The judge was very rude and I explained to her that I had seven kids. She told me she didn’t care how many kids I had, she just wanted her payment,” Brown said.
“If I missed a payment, she said she would issue a warrant for me and I would have to spend 90 days in jail,” Brown added.
About four months later, the sheriff’s deputies showed up at Brown’s door on a Saturday morning and served her with a bench warrant requiring her to pay $1,907.63—the remainder of the balance she owed—or serve 90 days in jail. Brown couldn’t pay it; the deputies then arrested her.
Ultimately, Brown spent 57 days in jail; she thinks she was released earlier because she earned additional credit toward her time by cleaning the jail. In addition to being separated from her children, Brown lost her job as a result of her time behind bars.
Thursday’s lawsuit, filed on behalf of five indigent plaintiffs, including Brown, alleges that Lexington County has been engaging in the equivalent of modern-day “debtors’ prison” practices: issuing arrest warrants for people who are unable to pay court fees or court-ordered fines for minor infractions like parking tickets, and jailing them without offering them lawyers or determining whether they have the ability to pay in the first place.
The lawsuit names as defendants Lexington County; the sheriff of Lexington County, Bryan Koon; a judge of one of the magistrate courts, Rebecca Adams; and a few other Lexington County court officials.
At issue in the case are two county policies: The Default Payment Policy and the Trial in Absentia Policy. Under the Default Payment Policy, a court will impose a payment plan for fees or fines, requiring steep monthly payments that are often beyond the individual’s financial means. If the person fails to pay, the court issues a bench warrant ordering law enforcement to arrest and jail the individual unless the full amount owed is paid.
Under the Trial in Absentia Policy, the complaint says, Lexington County courts order the arrest and incarceration of people unable to pay fines and fees in connection with trials and sentencing proceedings that are held in their absence. Even if the individual contacts the court to request another hearing date and to explain why they cannot appear at the scheduled hearing, courts will convict them in absentia, and sentence them to jail pending payment of fines and fees. Before notifying these individuals of their sentences, courts issue bench warrants ordering law enforcement to arrest and jail the individual, again unless the full amount owed is paid.
Simply put, courts cannot jail people because they are too poor to pay fines—sometimes called “pay or stay.” In 1833, Congress abolished the use of debtors’ prisons and in 1983, the U.S. Supreme Court followed suit in a case called Bearden v. Georgia.
In Bearden, the Supreme Court noted that it had “long been sensitive to the treatment of indigents in our criminal justice system.” It continued: “There can be no equal justice where the kind of a trial a man gets depends on the amount of money he has.”
If a person has the means to pay court fines but simply refuses to do so, that person can be jailed after a court determines that they had the ability to pay but willfully refused. But it is patently unconstitutional to lock up a person in jail if they are poor and simply do not have enough money to pay the fines.
Yet that is what has been happening in Lexington County, according to the ACLU. And often, it is people of color who are caught up in this unfair system. In fact, all of the plaintiffs challenging Lexington County’s practices are people of color. 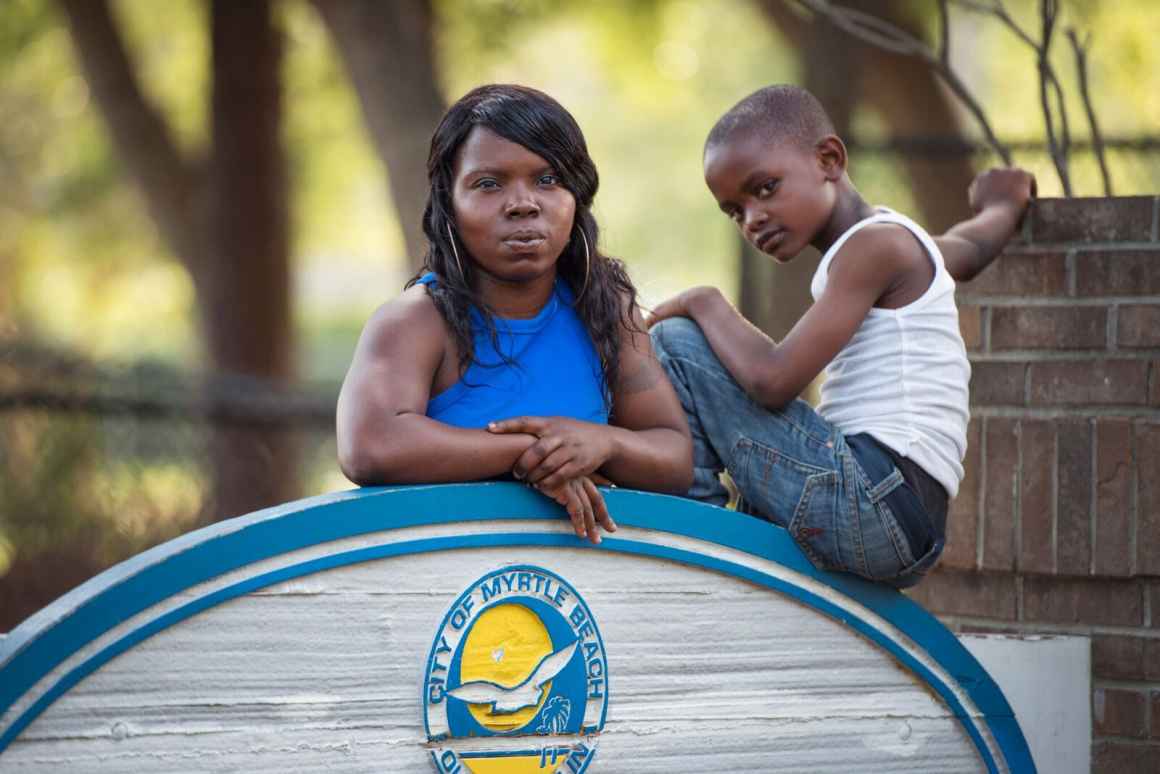 Cayeshia Cashel Johnson’s story is similar to Brown’s: She was arrested at a traffic stop and spent 55 days in jail because she couldn’t pay $1,287.50 in court fines. The court found her guilty and sentenced her in absentia—without her even being present in court. At the time, she had three part-time jobs to support her four young children. She lost all three jobs while incarcerated.
The other three plaintiffs’ stories follow similar patterns: Sasha Darby is a 27-year-old mother of a 4-year-old; Xavier Goodwin is a 31-year-old father of four who is his family’s principal financial provider; and Amy Palacios is a 40-year-old mother of three children. Each were jailed for failure to pay court fines and each lost their jobs because of it.
And none were afforded mandatory “ability to pay” hearings when their fines and fees were imposed by Lexington County magistrate courts. No court inquired into plaintiffs’ financial ability to pay the fines and fees levied against them, according to the complaint. And no magistrate court, the ACLU says, determined that the plaintiffs’ nonpayment of fees and fines were willful, or that they did not make the appropriate efforts to secure the resources to pay. After being arrested, none were permitted a court hearing to determine whether incarceration was appropriate, or whether some other alternative to incarceration was feasible. None were afforded court-appointed representation, the complaint notes, and none were told that they had the right to request a waiver of the $40 public defender application fee.
This sort of treatment is flatly unconstitutional, according to the ACLU.
The 14th Amendment prohibits the incarceration of a person for nonpayment of legal debt (including court fines, fees, costs, assessments, or restitution) without first holding a court hearing on the individual’s ability to pay the legal debt or whether there are alternatives to incarceration, and making a finding that the individually willfully refused to pay.
In addition, the Sixth Amendment requires that indigent defendants be afforded the assistance of court-appointed counsel when faced with actual incarceration as a result of their nonpayment of legal debts.
The Sixth Amendment also prohibits systemic deficiencies in funding, staffing, and assignment of cases to public defenders, resulting in the denial of the right to counsel to indigent defendants.
And the Fourth Amendment prohibits arresting people based on warrants that are not supported by probable cause, as is the case when a warrant is based solely on a report that the defendant has failed to pay a court-ordered debt.
Yet despite these constitutional infirmities, the revenue generated by such modern-day debtors’ prison practices often make such practices an attractive solution to cities and municipalities suffering budget shortfalls. In the past two years, the ACLU has resolved debtors’ prison lawsuits with county and city officials in Biloxi, Mississippi; DeKalb County, Georgia; Benton County, Washington; and Macomb County, Michigan. In each of these four cases, the settlements or the legal ruling requires reforms to end debtors’ prison practices. One such reform is a bench card—a step-by-step guide to assist judges in notifying indigent people of their rights and to ensure that people aren’t being jailed simply for being poor.
A key turning point came in March 2015 when the U.S. Department of Justice released a report, in the wake of the 2014 killing of Michael Brown, that criticized such revenue generating practices in Ferguson, Missouri.
The DOJ concluded that Ferguson law enforcement and the court system targeted Black residents for tickets and fines, and that the millions of dollars in fines and fees that Black residents paid served the ultimate goal of satisfying “revenue rather than public safety needs.”
The ACLU has alleged similar revenue-generating goals in Lexington County.
During the fiscal year 2015-2016, fines and fees in traffic and misdemeanor criminal cases contributed $1,420,154 to the County General Fund, according to the ACLU. The county continues to rely on this revenue stream even though the poverty rate in Lexington has increased in recent years, with the poverty rates for Black and Latino residents more than double the rates for white residents.
This is detrimental not only to the plaintiffs, but also their families.
Brown says that no one seemed to care that she would be unable to provide for her family while she was languishing in jail.
“None of the courts or the judge was concerned about the well-being of my family. The only thing they were concerned about was the payment that was due on the 12th,” she told Rewire.
While she was in jail, Brown’s oldest son and her sister took care of her family. But not all indigent people who are caught up in these modern day debtors’ prison practices have support systems.
“I don’t think it’s fair how we were treated,” Brown said. “The judge didn’t give me an opportunity to explain my situation.”
The lawsuit seeks compensatory and punitive damages for the plaintiffs, as well an injunction barring Lexington County from continuing its unconstitutional policies and practices.

Seizing Assets Prior to Conviction

Status on the Execution of Richard Moore