Campaign for Safe and Just Communities

South Carolina (and America) was built on a racist and exploitative foundation. To build safe and just communities we must first recognize that our current policies and institutions were built upon this foundation.

Black, Brown, and Indigenous people are stopped, arrested, convicted and incarcerated at staggering rates compared to white people — and they are more likely to be harassed, shot, and killed by the police.

None of this is by accident.

These outcomes are the natural result of a system of racist policies and economic exploitation that has governed our country since its beginning. From colonization and slavery to the abandonment of the promises of Reconstruction to the era of Jim Crow laws to modern racist and exploitative policies including regressive taxation, redlining, and the war on drugs, America has systematically exploited and denied the basic human rights of Black, Brown and Indigenous people. And while Black, Brown and Indigenous people face the brunt of these injustices, poor white and other marginalized people are harmed, too.

Yet in a country where a child’s future is too often determined by their ZIP code at birth, simply eliminating racist and exploitative policies is not enough.

Justice also requires America to confront its history. The consequences of America’s racist and exploitative history are everywhere, from the disproportionate number of COVID-19 deaths in Black, Brown, and Indigenous communities to a vast racial wealth divide that has left Black families with a median household wealth of $17,000 (compared to $171,000 for white families).

To confront our history we must not only dismantle these racist and exploitative policies and the institutions they prop up, but also take affirmative steps, including reparations, to begin to repair the harms created through centuries of oppression — harms that continue to this day.

This racist and exploitative history is our starting point. We must ensure that all solutions are crafted using a racial justice lens.

We must finally build a society where “We the People” means everyone. Now is the time.

1. Solution 1: Invest in Communities and People

A.Solution 1: Invest in Communities and People

Today, nearly one in three South Carolina households are experiencing shelter poverty, meaning the high housing costs force them to forgo other basic needs. South Carolina ranksamong the five worst states in the country for access to mental health care. One in six South Carolina children struggles with hunger. The list goes on … .

Yet, our political leaders continue to use racist dog whistles like "law and order" and "tough on crime" to convince many that it is safer and smarter to prioritize policing and incarceration rather than to invest in services and initiatives that will actually improve public safety and health, like ensuring all people have a roof over their heads, comprehensive healthcare, a living wage, and quality public education.

Right now we have an obligation to dismantle America’s racist and exploitative system and replace it with a new system built on a foundation of justice.

To build a just society we must invest in people and communities instead of police and prisons.

Police violence is an everyday reality for Black people in America. April marked five years since the murder of Walter Scott by the North Charleston Police Department. Recently, yet another video emerged of North Charleston police using excessive force against a young Black man.

Following each of these acts of violence (if caught on video) comes the usual calls for "reform" — more police training, more diverse police departments, getting rid of the so-called "bad apples," more community-oriented policing and holding individual police officers accountable for their abuse of power.

We should have learned long ago that these "reforms" don't work. They aren't nearly adequate to foster the systemic changes needed to drastically alter our policing institutions across the country. The only solution to the ongoing murder and other forms of violence against Black people (and other people of color) by law enforcement is less policing.
Less policing may sound radical to some, but it's not. Policing does not make our communities safer — experts have noted that there is no correlation between the number of police and crime rates. If police don't make our communities safer, and in fact perpetuate harm, why in the world do we have so many?

Throughout American history, our laws and political leaders have protected the oppressor over the oppressed — from punishing abolitionists instead of slave owners, to punishing opponents of mass incarceration and police violence instead of those who perpetuate it.

Police have been, and continue to be, a key mechanism for enforcing many of these racist and exploitative policies. The earliest example of organized city policing actually emerged in Charleston, where a professional force of white free people formed to maintain control of Black enslaved people living inside the city, to prevent them from organizing. This force was an entity whose explicit purpose was to maintain a racist social order against the will of whom it policed — it was a slave patrol. With the abolition of slavery, the role of police shifted from protecting the institution of slavery to protecting the revised political and economic hierarchy, with white people still the oppressor. This regime included enforcing some of the earliest versions of voter suppression, including poll taxes. In the decades since, police have enforced policies designed to exploit and destroy Black communities - from convict leasing, to Jim Crow, to the war on drugs.

Today, political leaders continue to use police to carry out their oppressive policies that undermine public safety and destroy Black lives and communities. Our political leaders have turned police into society's "solution" for drug use, misbehaving children at school, homelessness, mental illness and protests against these destructive policies, to name just a few.

While political leaders are responsible for these racist and exploitative policies, police departments are a major obstacle to real, substantive reform. The massive role of policing in American society is matched by their enormous budgets and massive lobbying power, which is used to grow their size and shield them from public scrutiny. Examples of this power are plentiful.

In response to the murder of Mr. Scott by the North Charleston Police Department, community members made a simple and common sense request — they asked the city to commission an independent, comprehensive racial bias audit. Five years after one of its officers murdered Mr. Scott, the City of North Charleston continues to successfully oppose this basic transparency. And this is not an anomaly — every legislative session brings fierce and usually successful opposition from police associations to bills proposing greater police transparency and accountability, or for that matter, legislation seeking to end the war on drugs and criminalization of the Black community.

If our society truly wants to stop the murder and other forms of violence against Black people by police, then the only solution is to divest from policing. It's time to take the billions of dollars we pour into our police and criminal justice system each year and reinvest it into our communities. This will not fix all of our injustices, but it will be a major and necessary start.

The system isn't broken — it's working as it was designed. Coming to terms with that means recognizing that the system has to be completely dismantled so that Black people can finally live freely and without fear in this country. It's time to recognize that public safety and police don't go together.

To build safe and just communities South Carolina must: 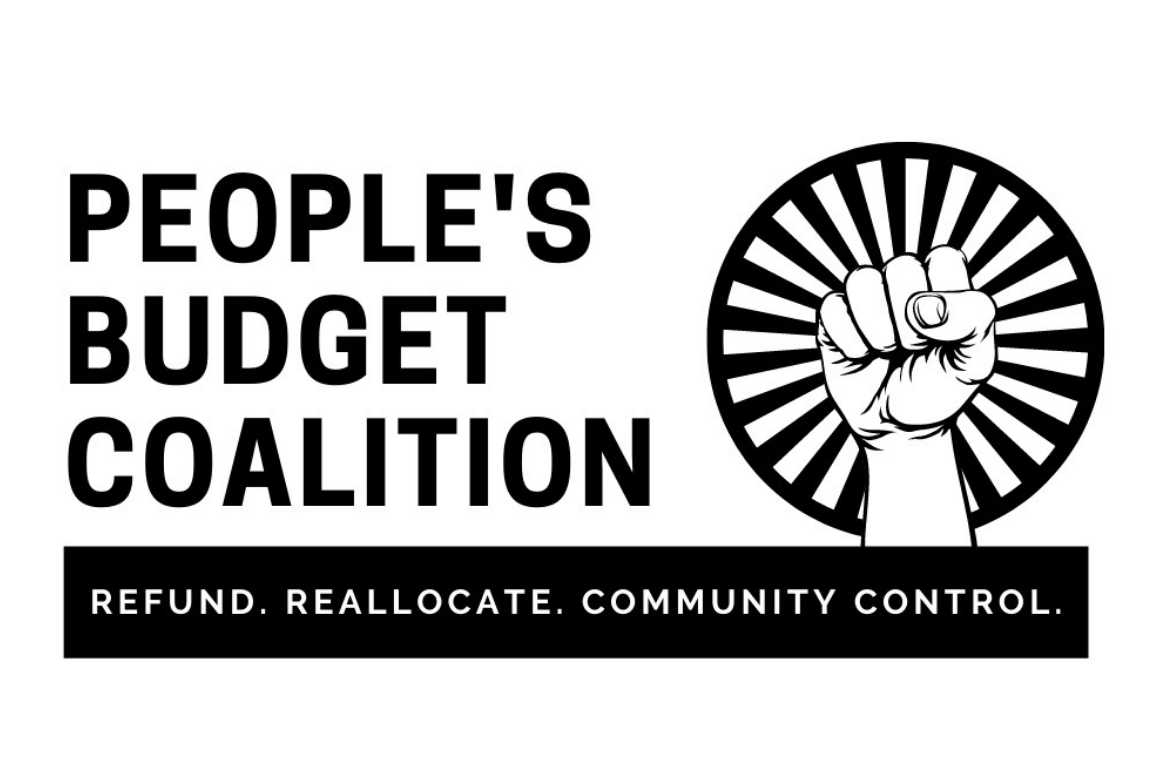 Learn more about our work.