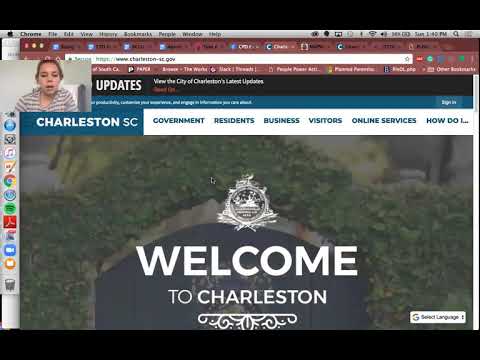 Over the past two months, police in Charleston have shown that they are less concerned with serving and protecting our communities and more concerned with waging war on the people who live in them.

Nearly two months ago on May 31, police in Charleston participated in mass police violence in Marion Square and the Eastside neighborhood, deploying potentially lethal weapons against peaceful protestors and community members. Charleston Police Department Chief Luther Reynolds and Charleston County Sheriff Al Cannon continue to ignore community calls for an apology and investigation into their officers’ actions. The incidents themselves and leaders’ subsequent dismissal of the harm they have caused has deepened already-existing community distrust for police revealed by the racial bias audit of the Charleston Police Department.

Earlier this week, the Charleston Police Department, Charleston County Sheriff's Office, and the South Carolina Law Enforcement Division (SLED) announced plans to increase police actions in Charleston, including “pop-up traffic checkpoints” and the activation of the SWAT team for “proactive interdiction patrol,” which the Charleston Police Department defines, in part, as targeting “high-crime areas.” This expansion is happening before a backdrop of nationwide violence from local law enforcement and federal agents against people protesting police brutality and racist policing.

No matter what the police say, these actions will not make our community safer. Instead, they will further criminalize Black, Brown and poor people, who are already disproportionately targeted by police in Charleston, and deepen distrust for police in communities that are most impacted by police violence.

Despite months of sustained activism against police brutality and targeted over-policing in Black and Brown communities, Chief Reynolds last week asserted that “people don’t want us to depolice, quite the opposite.” In the birthplace of America’s first police force which was originally established as a slave patrol, Chief Reynolds’ claim is a direct dismissal of the outcries of Black people who, for centuries, have been oppressed by the racist foundation and structure of policing in Charleston.

On Friday, we joined more than a dozen community partners in signing onto Black Liberation Fund’s open letter to the Charleston Police Department, Charleston County Sheriff's Department, and SLED calling on leaders to listen to people who are targeted by police violence and to stop waging war on Black communities.

Now we need your help to ensure that this message is heard loud and clear.

Join us in calling on Charleston city leaders to block this police expansion and, instead, to allocate additional resources to things that will actually improve public safety, like ensuring all people have a roof over their head, comprehensive healthcare, a living wage, and quality public education.

Here is what you can do:

The Charleston City Council Must Ensure an Effective Police Body...

We're Still Fighting for Charleston to Hold its Police Department...

Another Weekend of Police Violence in Charleston

We're still waiting for the Charleston Police Department to hold...

ACLU of South Carolina Statement on Dangerous Police Expansion in...

ACLU of South Carolina Statement on Dangerous Police Expansion in...

More Brutality is Not An Acceptable Response to Protests Against...